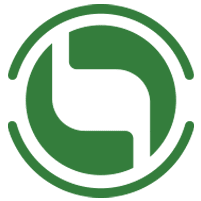 More and more people are being diagnosed with inflammatory bowel diseases (IBD) like Crohn’s disease. Though symptoms vary from person to person, Crohn’s disease can affect your quality of life. The experienced gastroenterologists at Gotham Gastroenterology, with locations throughout New York City in the Midtown East and Financial District neighborhoods of Manhattan, New York, and Brooklyn Heights, Brooklyn, treat mild, moderate, and severe Crohn’s disease and offer the most current medical therapies available. To schedule an appointment with the skilled team, contact the office nearest you by phone or book online today.

What is Crohn’s Disease?

Crohn’s disease is a chronic condition that causes inflammation of the gastrointestinal tract. Though Crohn’s disease may affect any part of your digestive tract, it most often affects the small intestines or colon.

Crohn’s disease is a type of inflammatory bowel disease (IBD), which also includes ulcerative colitis. Because both conditions cause similar symptoms, getting the right diagnosis can be difficult.

What are the Symptoms of Crohn’s Disease?

Crohn’s disease symptoms vary from person to person and may change over time. Common symptoms include:

Some people with Crohn’s disease may develop tears (fissures) in the lining of their anus, which can cause pain and bleeding, especially during bowel movements.

How is Crohn’s Disease Diagnosed?

As noted, Crohn’s disease can be difficult to diagnose. No single test confirms a Crohn’s disease diagnosis. The team at Gotham Gastroenterology performs a comprehensive evaluation when you come to the office with gastrointestinal symptoms that may be indicative of Crohn’s disease.

They ask detailed questions about your symptoms, personal medical history, and family history, and then they perform a physical exam. To confirm or rule out other causes of your symptoms, diagnostic testing may be recommended, such as bloodwork, X-rays, colonoscopy, or small bowel capsule endoscopy.

How is Crohn’s Disease Treated?

The skilled gastroenterologists at Gotham Gastroenterology develop an individualized treatment plan for Crohn’s disease based on the severity of your symptoms. The goal of your treatment is to control symptoms and place your disease in remission.

Immune modifiers may be used to decrease inflammation and reliance on corticosteroids.

In many cases of Crohn’s disease, surgery may be needed to repair a fistula or fissure, or to remove the diseased portion of the bowel. An intestinal abscess or obstruction may also require surgical intervention.

Crohn’s disease is a chronic condition. For expert management from an experienced team dedicated to providing the most advanced therapies, contact Gotham Gastroenterology by phone or online today.